Learn more about this revolution in home heating oil! 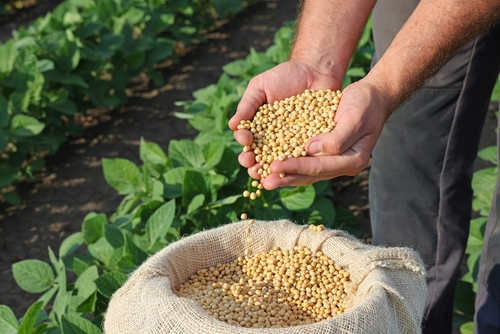 For many years, heating oil had a negative stigma of being “dirty.” Not any longer, thanks to the emergence of Bioheat® fuel!

Pioneer Oil and Propane, which specializes in providing only Bioheat fuel, can supply heating oil delivery of Bioheat fuel to your home or business in Central Massachusetts.

Bioheat fuel is a combination of ultra-low sulfur heating oil and biodiesels that create a cleaner burning fuel, which helps the environment. Additionally, Bioheat fuel is better for your heating system as well as your bank account!

We’ve put together some common questions people have about Bioheat fuel so you can learn more about it.

The biodiesels in Bioheat fuel are natural and renewable, such as:

Biodiesel alternatives are being developed. According to new research from Michigan State University, switchgrass, a biofuel crop, may help protect the environment when grown on low-value agricultural land.

This helps our nation’s farmers, as it offers a new source of biodiesel used in Bioheat fuel and may help them earn more money by growing crops on portions of their land that were previously unproductive.

What are the environmental benefits of Bioheat fuel?

Bioheat fuel not only benefits the environment but also in multiple ways. The most prominent way is by significantly reducing greenhouse gas emissions. As the quantity of biofuels increases, the reduction in greenhouse gas emissions becomes greater. Bioheat fuel is a significant component of the effort to achieve net-zero carbon emissions by the year 2050 in the heating oil sector.

The more biodiesels are utilized in Bioheat fuel, the less we rely on oil drilling both here and abroad.

By taking these products and converting them into biodiesels for Bioheat fuel, we are keeping waste out of landfills.

Are there different kinds of Bioheat fuel?

The only distinction among Bioheat fuels is the level of biodiesels in them. Here’s how to have an idea of how much of your Bioheat fuel is biodiesel.

A Bioheat fuel supplier will often provide a letter B followed by a number indicating the percentage of biodiesels in their product. The amount of biodiesel in the fuel is represented by this figure. There are also different names for each level of biodiesel content.

Bioheat Super Plus® fuel: Blends with 20% biodiesel and above (B20+)

Does Bioheat fuel save me money?

Bioheat fuel helps you save money in multiple ways! Since Bioheat fuel burns considerably cleaner than traditional No. 2 heating oil, your home’s boiler or furnace runs much more efficiently resulting in saving money on your home heating costs. Bioheat fuel leaves fewer deposits on heat registers, resulting in less wear and tear on your heating system. You’ll have fewer breakdowns and repair expenses, and the life expectancy of your heating system may be lengthened by several years!

From Worcester to Leominster and all around Central Massachusetts, you can trust Pioneer Oil and Propane for dependable delivery of Bioheat fuel to your home. Become a customer today!